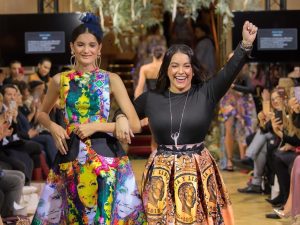 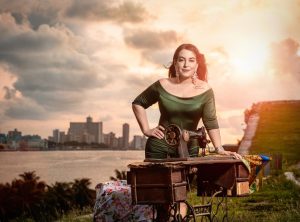 A Fashion Show curated by the industry’s top Fashion Designer Yas Gonzalez. She participated as the first Cuban-American woman to show her designs at the  Royal Gala Dubai in the Versace Palace. She was invited by her highness Princess Hend Bint Faisal Al-Qasimi. She has also participated in Vancouver, Paris, and New York Fashion Week. Yas has worked with top line celebrities and royals and is proudly presenting this elite show at GayOcho-Libertad Festival. Positioning Calle Ocho as an uppermost Venue for this VIP event, the Fashion Show will be a new market for the brands involved and our community.

In the very heart of Little Havana (Southwest 8th Street and 15th Avenue) in the historic Domino Park will be this year’s runway for the Republic of Yas Fashion Show. Domino Park was founded by a group of Cuban ex-political prisoners after the Bay of Pigs Invasion (in 1961) over what was once an empty parking lot. It was then incorporated into the City of Miami in 1976. Since then it’s been an iconic symbol of Cuban life. GayOcho-Libertad Festival and ROY will transform this charming jewel into a Top Haute Couture Fashion Show.

*Times are subject to change
DONATE