When Denise Brown’s son, Roman Bradley was in a drive-by shooting, no one would have blamed her if she withdrew into herself. 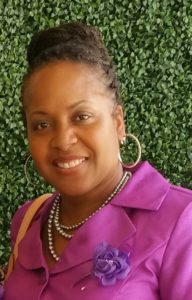 Instead, she was guided by her faith to seek a way to help families of other murdered children. But she didn’t want to honor Bradley alone; instead, her thoughts went to JaQuivin Myles, who had been fatally shot alongside Bradley, and to Trevin Reddick, their friend, who had been killed in a drive-by shooting the year before.

“The boys had gone to elementary school together and so I didn’t want to separate them,” says Brown. And so the RJT Foundation, a non-profit organization that helps the family of other shooting victims, was born.

The idea for the foundation – including its name – was ‘divinely inspired,’ she says.

“I was so devastated when Roman was killed, I knew nobody could help me but God himself. So I prayed for him to guide me, and, through prayer, that is exactly what the Lord inspired me to do – to establish the foundation, and name it in honor of the three boys, using their first initials, but also that the initials would stand for “Restore Joy and Trust,” she says.

Brown, the founder and CEO of the foundation, will be honored with the prestigious Pa’Lante Award on Friday, Jan. 13, 2017 by the Gay8 Festival, a free Latino art, music and food street festival that celebrates Miami’s diverse communities. The festival takes place on Sunday, Jan. 15 in Miami’s Little Havana neighborhood.

The mission of the RJT Foundation is to support grieving families, and it does so in a myriad of ways, from providing funeral and burial assistance to lending morale support in navigating the law enforcement and judicial systems. It also offers grief workshops, educational, cultural and recreational experiences and even provides new families with care packages.

The fact that the RJT Foundation is growing is impressive enough, but what is even more amazing is that Brown oversees it while balancing her fulltime job as an administrative assistant to the Miami-Dade County Public School System’s Chief Communication Officer.

But Brown does it because RJT is her mission, she says. “Whenever anyone loses a child, they have a difficult journey, but when it’s a loss because of violence, that’s different. The people who commit these crimes don’t realize they aren’t just affecting the person, they are affecting the whole community.”